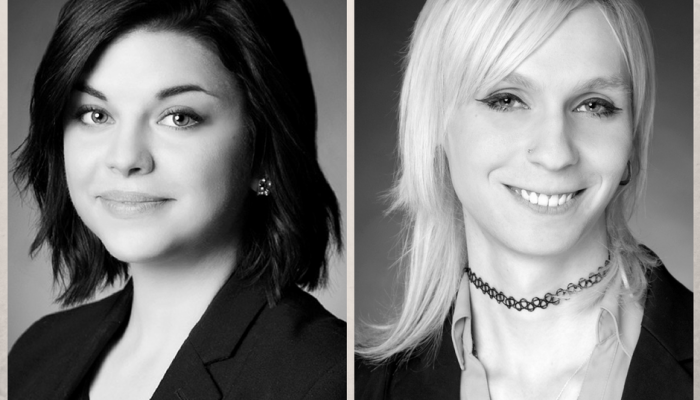 As the beautiful autumn weather finally arrives in Austin, we are delighted to announce some exciting developments among our staff. Nina Kauzlarick, previously an administrative assistant, has become our new receptionist, and will now be the first point of contact for our clients. Hailey Bobella, who previously served in that role, has become the firm’s business development specialist, and will be primarily focused on expanding GSRP’s brand and cementing the firm’s reputation as a leader in its field.

We wish both of them the best of luck in their new positions and are excited to see what the future brings! 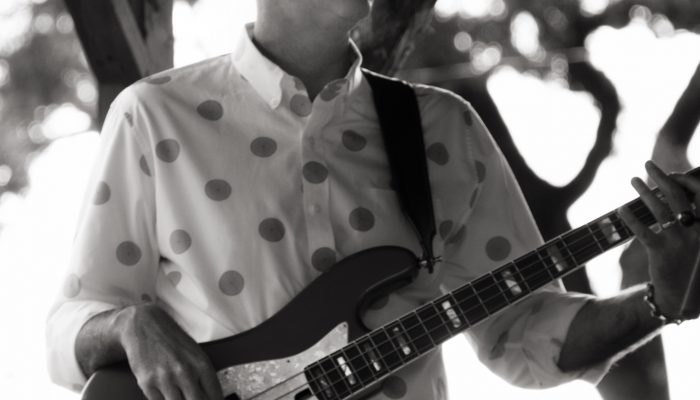 By day, Bob Chesner is GSRP’s Chief Operating Officer and Finance and Insurance Director, but by night, he indulges one of his first loves: music. After working with him for 10 years—and knowing him for nearly two decades—we wanted to find out how deep that passion runs. In early October, his band Bonfire Choir played a rare set at the Midway Food Park. Afterwards, we sat down to discover how long this professional insurance man has been cutting loose.

(interview has been edited for length and clarity)

How long have you been playing guitar? Is it the only instrument you play?

I starting playing guitar when I was about 12 or 13, but I also play piano, organ, bass guitar, drums and harmonica—plus, I sing and do music producing and CD engineering work. Over the last several years I have also really enjoyed designing and making my own guitars. I have been in bands my whole life, with the exception of about 10 years right after my daughters were born.

What drew you to playing music?
The same thing that draws any boy to learn guitar and be a musician: girls!  If anybody ever says differently, they’re lying. However, music quickly became a passion for me; after I taught myself a few chords, a few buddies and I formed a band, and the rest is history. Except, we didn’t make a lot of money.  As the saying goes, playing in a band is a great career if you want to make hundreds and hundreds of dollars a year.

Who are your musical influences and/or favorite musicians?
I have been influenced in some way by just about every musician I have ever heard or played with—being a musician is a perpetual and exponential learning experience. That being said, Keith Richards certainly. He may not be considered one of the premier lead guitarists of all time, but ultimately he will be recognized for his amazing creativity, chord voicings, melodies, and he is arguably one of the very best rhythm guitarist of all time.  Other influences range from Buddy Holly, The Beatles, The Eagles, Derek Trucks, Eric Clapton and Scotty Moore (Elvis Presley’s guitar player).  All of them play with just tremendous harmony and are so melodic.

From a songwriting perspective, I have been heavily influenced by Glenn Frey, Don Henley and Radney Foster, a Texas singer/songwriter I first heard right after college in the late 1980s and early 1990s.  I am a tremendous fan of harmony and lyrics that tell a story, and all of them are masters of the craft.

What three musicians (living or deceased) would you invite to a backyard BBQ?

Keith Richards—because he’s Keefer!  I have this beautiful photograph of Keith Richards in my office taken by Angelique van Woerkom and the story behind it is fantastic. His book, Life, is something that should be required reading for any guitarist or fan of rock and roll. It is literally a beautiful history of the influence of the blues developed in the United States (primarily in Chicago and in the Mississippi Delta), finding its way to England and then being morphed into rock and roll in the United States.

Paul McCartney simply for his talent.  He is 74 years old and seems so young and vibrant—his creativity simply never ever stops. Some of his new stuff is just as exciting and excellent as the work he did with John Lennon and The Beatles and Wings. Truly, truly one of the most gifted musicians and songwriters ever.

Scotty Moore because he is a great and underrated guitarist. He and DJ Fontana (Elvis’ drummer) were simply tremendous behind Elvis. Elvis was great, don’t get me wrong, but Elvis was greater because of Scotty Moore. But more importantly he was there at the birth of rock and roll.  I just want to hear his stories.

I feel obligated to add a fourth with Glenn Frey, who is one of my absolute song writing heroes.  Perfect melodies, perfect harmonies and he and Don Henley are perfect perfectionists. It broke The Eagles up, it got them back together again. The Eagles are arguably the soundtrack of my life.

Look for Bob’s band Bonfire Choir on iTunes and Spotify; you can also find them playing at Austin-area farmers’ markets, private shows and the occasional charity event. 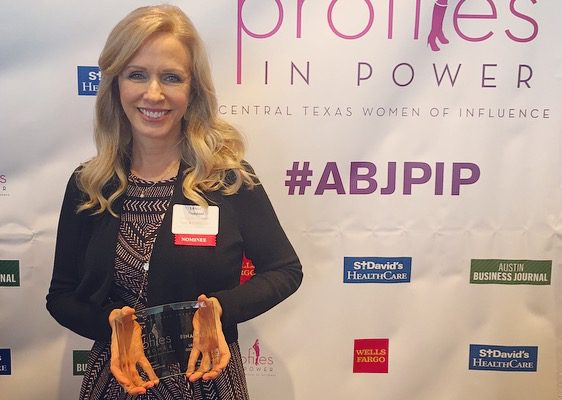 On September 29, nearly a dozen members of the GSRP team attended the Austin Business Journal’s Profiles in Power awards luncheon to celebrate Leslie Giordani, who was recognized by more than 600 attendees for her enduring good works within the Austin community. The prestigious annual award honors local “working women of distinction” in fields such as government, education, media and marketing, law, technology, healthcare, and nonprofits. Leslie was one of just 30 finalists selected by the ABJ, out of 108 nominees from across Central Texas.

A founding partner of GSRP, Leslie has been a leader and innovator both in her personal practice and in the life of our firm for more than 25 years. She is an internationally recognized expert in certain niche applications of the law, particularly complex and high-end estate planning, sophisticated worldwide asset protection, and the design and implementation of private placement life insurance, with clients who span the globe. Although her expertise no doubt influenced ABJ’s decision to name her a finalist, it is her uncompromising vision for the firm, for her clients, and for her colleagues that sets her apart.

Leslie is a compassionate and consummately professional attorney and friend, dedicated to creating a space at GSRP that values the needs of women and men, both in their work and in their personal lives. Her commitment to clients, whom she considers an extension of her family, and her focus on the career development and continued success of all members of the firm, mark her as a woman of distinction and power, and an invaluable member of the Austin community.

A profile on Leslie is featured on the ABJ website and in the print version of this week’s paper – pick up a copy and familiarize yourself with 30 of the most influential women in Austin! 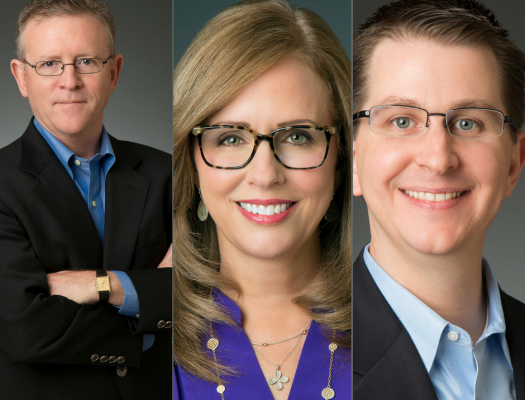 We are happy to announce that Leslie Giordani, Derry Swanger and Michael Ripp have once again been selected to appear in the Texas Super Lawyers magazine, which recognizes the top 5% of lawyers in the state. An imprint of Thomson Reuters, Super Lawyers is a rating service of outstanding lawyers from more than 70 practice areas who have attained a high degree of peer recognition and professional achievement. 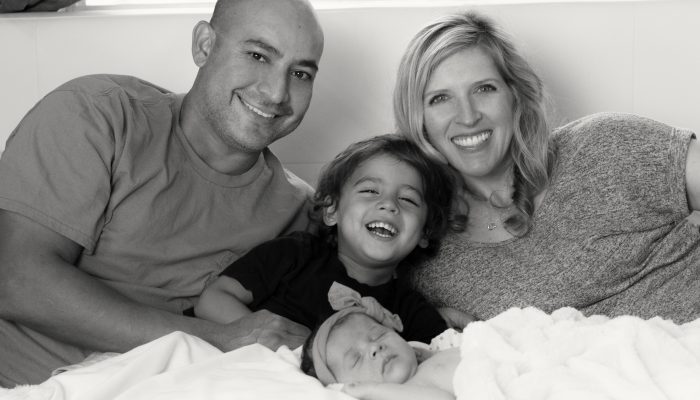 We’re excited to welcome sweet baby Camille Maya Quinones to the GSRP family! She was born August 5, weighing in at 6 lbs. 8 oz. We couldn’t be happier for her mom, our insurance matters coordinator Amy Quiñones—who says her little clan is adjusting well to being a family of four.

Whether she becomes a lawyer, a paralegal or follows her mom’s footsteps into insurance, we know Camille is destined for wonderful things. Welcome to the family! 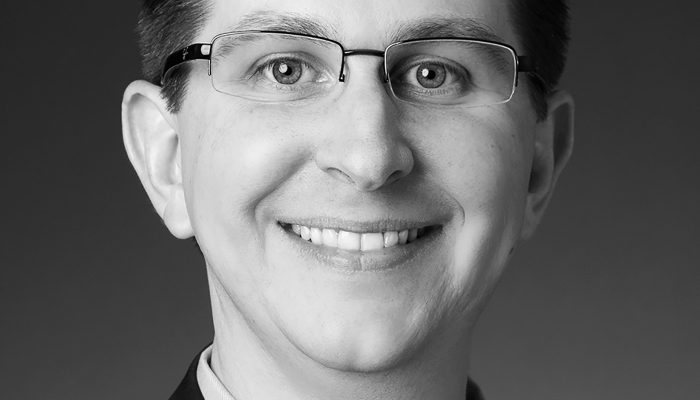 GSRP Partner Michael Ripp will present “Life Insurance and Annuities: Effective Tools in Pre-Immigration Tax Mitigation” at the 35th Annual International Tax Conference. Scheduled for January 5 and 6 in Miami, the conference is sponsored by the Tax Section of the Florida State Bar Association. The session will addresses the various applications of life insurance and annuity products for mitigating the federal tax consequences of immigrating to the U.S., whether temporarily or permanently. It will also emphasize the use of private placement contracts and other cost-efficient products of particular interest to the high net worth immigrant.

Michael’s primary expertise is advising non-U.S. individuals regarding the tax and legal issues involved in pre-immigration planning, temporary residency, and planning for gifts to their U.S.-resident families, both during lifetime and at death. A significant portion of his practice also involves advice regarding mechanisms for deploying leverage in the acquisition or monetization of assets, including real estate.

Although we look forward to the release of Woodward/White, Inc.’s Best Lawyers in America© ranking every year, 2017 in particular gives us much cause to celebrate. Partner Derry Swanger will be receiving the honor for his 20th year, Leslie Giordani for her 15th, Michael Ripp for his 10th and Stephen Phillips for his 5th. Cindy Grossman has been named to the list for her second year.

It is our enduring pleasure and honor to offer our services to our clients throughout Texas, the United States, and the world, and we are humbled at the generous and ongoing recognition of our peers. 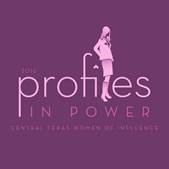 The Austin Business Journal has recently released its list of finalists for the Profiles in Power awards, a local who’s who of accomplished female entrepreneurs, executives, and professionals. First-named partner Leslie Giordani, a superb firm leader and uniquely accomplished attorney with expertise in estate planning, tax, insurance, and more, has been included as one of fourteen finalists in the area of Professional Services.

We extend our congratulations to Leslie, and are thankful to the ABJ for recognizing in her the qualities that we so treasure at our firm. We can’t wait to attend the awards luncheon on September 29! 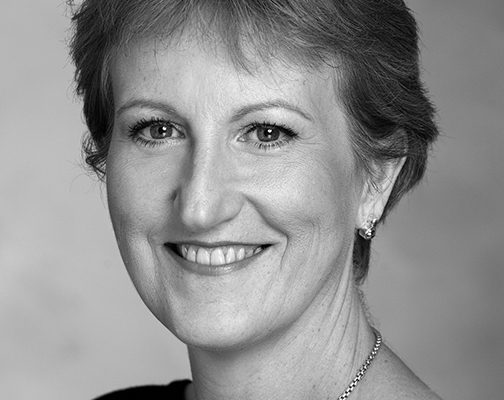 It is our great pleasure to announce that Peggy Ugent, our accomplished Tax & Accounting Director, has added another title to her résumé: Vice Chair of the American Institute of Certified Public Accountants’ (AICPA) Trust, Estate and Gift Technical Resource Panel. The 10-person panel monitors legislative and regulatory activity, meets with technical staff at the Internal Revenue Service, the Department of the Treasury, and other professional groups in order to collaborate and help guide policy, and supports the AICPA membership by developing products and services to assists members in tax practice.

Ms. Ugent’s panel recently contributed to the AICPA’s response to proposed IRS regulations regarding the basis of property acquired from an estate, and an executor’s related reporting requirements. The panel’s comments were published in an article in Tax Analysts, which we are proud to share here.

We are proud to announce our inclusion in IR Global, a United Kingdom-based professional services network that exists to connect legal, accounting, and financial advisors both to each other and to clients the world over. IR Global recruited and approved Leslie Giordani, Derry Swanger, and Michael Ripp, Jr. for membership in the areas of Wills and Estates, Trust and Charity Law, and Tax (Private Client), respectively.

They are now listed alongside foremost attorneys in every area of law in numerous countries around the world, from the UK to the United Arab Emirates, China and everywhere in between. We are currently the exclusive Texas firm in all of our registered practice areas.

Click here to learn more about IR Global, which is the fastest growing professional service firm network in the world.