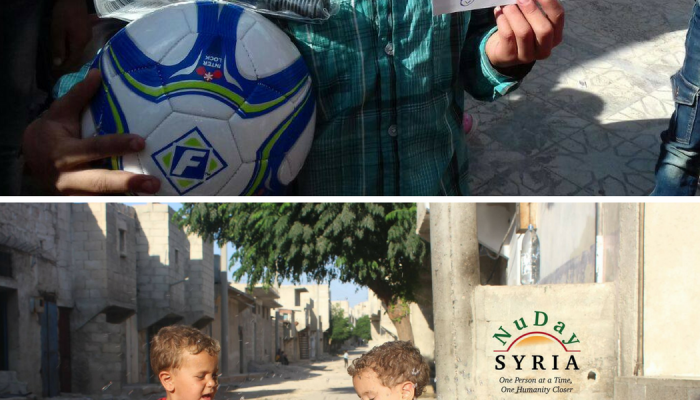 The reports coming daily out of Syria are heartbreaking. More than 470,000 people have been killed during the country’s 4+ years of civil war and some 11 million people—half of the country’s pre-war population—have been forced to flee their homes. Roughly two-thirds of those displaced have been women and children. The war in Syria, raging since late 2011, has produced the worst humanitarian crisis of our time.

While giving back to the Austin community has always been—and will always be—important to GSRP, this crisis has compelled us to reach beyond our borders, to extend a helping hand to those families that have been enveloped by war and irreparably impacted by decisions that were not their own.

As such, we have become a proud supporter of NuDay Syria, a non-profit founded in the wake of the 2011 Syrian government crackdowns. With the tagline “One Person at a Time, One Humanity,” NuDay Syria is dedicated to providing humanitarian aid—food, clothing, personal hygiene and medical supplies—to displaced families, with a focus on women and girls who have lost the male breadwinner in their families and often don’t have the skills or experience to earn a living. The organization also focuses on supporting infants and new mothers, establishing schools and soup kitchens, and sponsoring orphans. They are working to make a tangible difference and bring hope and light to those who need it.

As you gather with loved ones this holiday season, we urge you to think of those who have lost all the comforts of home and family. Please considering donating to NuDay Syria today.